Having just finished watching all 10 seasons of Beverly Hills 90210, and seeing the cast in more recent movies and TV series, I felt motivated to do an article showing photos of the original cast back in the early 90s, and how they look today.

I had to watch the entire series again on DVD, as I couldn’t remember much of what I had seen when it was aired on TV at that time. So here is the original Beverly Hills 90210 cast today, as they are now. 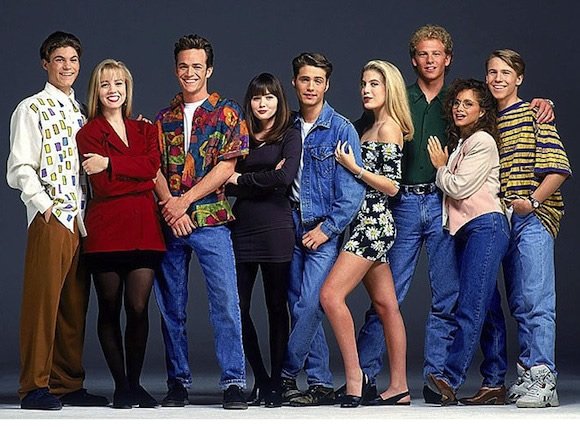 For those who have not heard of Beverly Hills 90210, or have never watched it…or was born after the turn of the century, this was the TV series to catch in between school time. The series ran from 1990 to 2000, and revolved around a bunch of adolescent teenagers, mostly from rich backgrounds and some not so rich, and the myriad of real-life problems they experienced and encountered, amongst friends and in themselves, from love and romance to divorcing parents and substance abuse.

The show gave a glimpse of what many teenagers would go through in their lives from high school to college and university, and finally to work-life in adulthood. You could say it was an educational TV program, as most people could relate to the issues covered in the episodes.

These are the cast of Beverly Hills 90210 as they were back then during the height of the show, and how they look now in more recent films and TV shows. Only the core members, those in over 100 episodes, are presented below:

The Original Beverly Hills 90210 Cast – Then and Now

And…Just to Refresh Your Memory!

Some of you may just remember this opening theme from the first season. If not, here’s a jog!

Get the DVDs to all 10 Seasons below!