As waterproof as these phones are rated, there are times when it could be due to human error when water finds its way into these mobile phones, and sometimes it could be due to that tiny cluster of dust sitting on the edge of a port cover that doesn’t allow it to close watertight.

This happened to my Sony Xperia Z Ultra during a shower session on a fateful day in Singapore. Don’t ask why I take my phone to the showers with me.

I knew when I spotted moisture on the inside of my camera lens, and suspected that the water had indeed seeped into the phone via the USB port. The best thing to do in a situation such as this would be to:

TOOLS NEEDED FOR THIS TASK:

As I was in a foreign country with a great dependence on this mobile device to get me around and connected, I did none of the above! What happened in the hours following the water ingress was the phone battery started depleting at a very fast rate, almost faster than you can charge it. It went from 100% to zero in about four hours, with very light GPS and internet usage.

I have since replaced my Sony Xperia Z Ultra with the HTC One Max.

Today, I’ll just show how the back glass cover of this phone, as well as most other phones under the Sony Xperia series and other similarly constructed phone, can be removed, without much difficulty.

The only tools you will need are a hair dryer, a suction cup, and a pick. My wife uses a hairdryer, and I play the guitar, so I happened to have both right at my home! 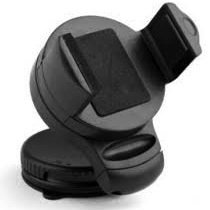 For the suction cup, I used the one attached to a car windscreen mobile phone mount or holder. The suction cups found on these are usually too big for the job as the suction cup used must be smaller than the phone panel size, but the Sony Xperia Z Ultra is a large phone approaching the size of a small tablet, and this suction cup works just fine – ideal in fact!

If you do not have this, you may find one in your car, bathroom or kitchen – often in places where there are glass and tiles, normally attached to devices designed to stick temporarily on wall tiles and glass windows. If you’re working on a smaller phone, you will need to find a suction cup of an appropriate size – smaller in diameter than the width of the phone back glass panel.

The Back Glass Cover Removal Process

The purpose of this article is only to show how the back glass panel of the Sony Xperia Z Ultra mobile phone is opened, as outlined above. The following steps are simple experimental, at least for me. You should know what you want or need to do before you proceed!

“With six months to go, some would say it’s foolish to perform surgery on the phone and thus voiding its warranty. But in the name of tinkering, here I come…”

While the battery is clearly visible once the back cover is open, the logic board isn’t. It is shielded by a black plastic cover with the NFC chip mounted on it, located on the upper half of the phone just above the battery. Taking off the cover requires removing a number of screws, one of which is covered by a tamper-proof sticker for warranty purpose.

Other Procedures of Interest

Sealing and Replacing the Back Glass Cover

This article is only a guide to remove the back glass cover so that repairs can be carried out on the Sony Xperia Z Ultra.

The reader is advised to check online resources for detailed instructions on component replacement work and other tasks. It should also be noted that once the back glass cover or panel is removed and replaced, the device’s waterproofness cannot be guaranteed, and hence should not be subjected to further showers (in my case) or quick dips in the pool.

How do you like the HTC Max? I am using the HTC one but looking at getting something slightly bigger (funds permitting). So is your Sony still waterproof???

You must have bigger hands than most of the general population to carry such a big phone! My experience with Sony products has not been good but I did buy one of their Bluetooth music receivers (untested) recently .. so let’s see how that goes … btw your page loads up rather slowly but it’s very informative.