Skip to content
“…a high quality and high grade cable which promises to bring out the laid-back high frequencies of the UE triple.fi 10 pro, whilst maintaining its midrange and low frequencies.”

As mentioned in my review of the Ultimate Ears triple.fi 10 pro in-ear monitors, the treble range and high frequencies were subdued and lacked the punch which would have otherwise made it a more balanced and favoured set of earphones.

I also mentioned that the cable was likely the suspect and limiting factor. Since this was an expensive pair of monitors, I wasn’t planning on leaving them be.

A cable upgrade was in order.

I researched and found one online marketed by Song’s Audio known as Galaxy cable, a high quality and high-grade cable which promises to bring out the laid-back high frequencies of the UE triple.fi 10 pro, whilst maintaining its midrange and low frequencies.

If this were true, it would make the UE triple.fi 10 pro the ideal monitors it was destined to be.

I decided it had to be tried, and purchased one despite its high price tag of almost US$130.00. High at least to not-so-rich people like me, but for a cable, I figured it was priced at a reasonable percentage of the US$400 retail value of the monitors it will eventually find itself attached to.

With four lines of silver-plated high-purity copper stranded wire, this cable is described to bring about the best balance of price versus performance.

The transparent jacket material is made from fluoridated ethylene propylene which served as rigid enough insulation that doesn’t get itself entangled (unlike a Null Audio model I bought back in 2009).

The end of the 120-cm cable is terminated with Song’s Audio standard 3.5-mm gold-plated straight plug to ensure the lowest distortion and noise, and the end designed in a slim form factor such that it would fit into an iPhone with a case on. 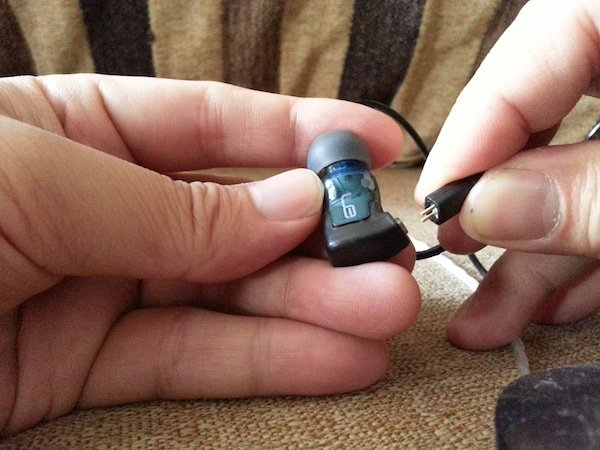 1. Remove and unplug the original cable from each ear bud by gently and firmly pulling the connector from the monitors, as shown above. 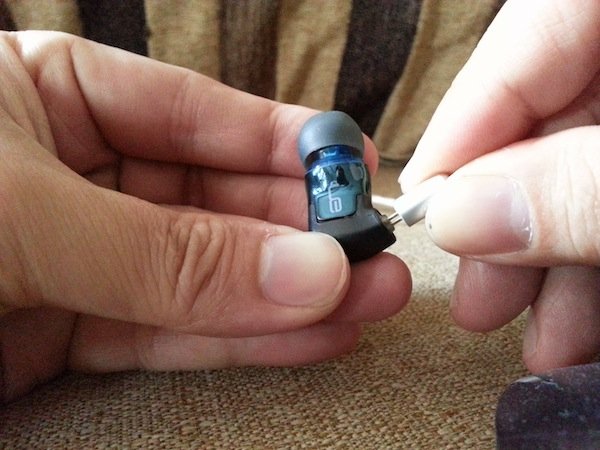 2. Replace the cable and plug the Galaxy cable connectors into the ear bud. 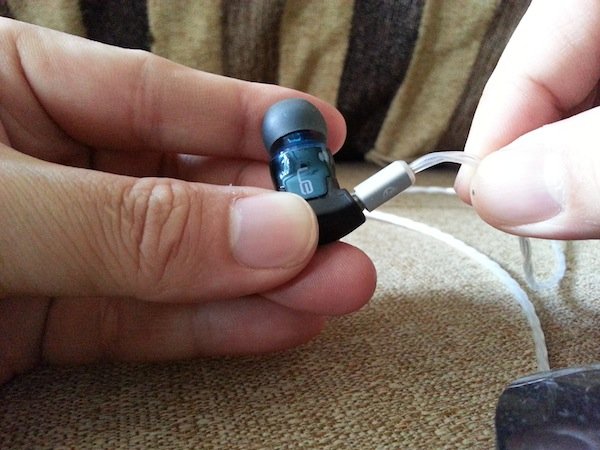 3. Make sure that the connection is snug tight and in the right orientation. The “L” and “R” indication on the cable connectors should be facing in the direction of the monitors, like the original cable.

“It took about an hour of listening and for the cables to run in before my ears became accustomed to the new sound signature. And then it became a revelation…”

The original cable on the triple.fi 10 pro was promptly replaced with Galaxy upgrade cable upon its arrival.

First test on the new cable revealed music that sounded thin, but that’s because on the original cable, music sounded thick and muddled, something my ears had long been accustomed to.

Previously subdued vocals sounded airy, and the promised increase in treble was barely noticeable. It was there nonetheless, but I had at first thought this trivial upgrade in sound was probably worth only half the price I had paid for it.

It took about an hour of listening and for the cables to run in before my ears became accustomed to the new sound signature.

And then it became a revelation.

After 4 hours of listening, the treble became more solid and not as airy as initially encountered. It is useful to note that I don’t usually make judgments until cables are run in for at least 20 hours, so these were just early observations.

It became apparent that the high frequencies were now more noticeable. I thought that my ears could be playing tricks on me, so I swapped back to the old cable and true enough, treble was indeed more prominent with this new cable.

My all-time favourite vocal track by Lisa Ekdahl – “Only You” – now sounded like she took a step forward from her previous position on stage, sharing the same lateral row as her instrumentalists.

The increase in sparkle in her voice sure helped to make this happen, as much as the taming of an otherwise errant and overpowering bass previously, resulting in sweeter roll offs.

Ultimately, all the other songs in her “Sings Salvadore Poe” album became more pleasant to listen to.

Then there’s Lana del Rey with her “Born to Die” track. Again, there was simply more sparkle in her voice, with a tighter bass, giving a more balanced performance throughout.

Not Every Track Beckons to be Heard…

Then again, the upgrade could at times seem like a double-edge sword.

“…there was now a little too much tingle in his voice…”

Julian Cheung Chi Lam‘s “Return of the Cuckoo” (from the original soundtrack of the TVB series of the same name) previously revealed his vocals as too laid back with the original UE cable, and with the Galaxy upgrade cable, there was now a little too much tingle in his voice, especially at the end of phrasing lines, rendering it a little unrealistic.

Nevertheless, it was more delightful to listen to a more upfront Julian than one who was hiding behind most of the time.

Still, Astor Piazzolla‘s recording of his “Concierto Para Quinteto” maintained a somewhat similar balance as before, with just a slight increase in treble range, without much change in the bass.

Although Piazzolla’s bandoneon now sounded more lively, Fernando Suárez Paz’s violin remained at the back of the ensemble. Listening to this track on the lower-grade single-driver Ultimate Ears super.fi 3 studio was more fulfilling.

In spite of this, due to a tighter bass and midrange, the whole performance is now cleaner and clearer than before – not so muddled, with a touch of airiness. I am listening to this track as I am writing this.

For Chausson’s Poème, the Stradivari played by Jean-Jacques Kantorow still sounded wiry thin, probably caused by the airy effect of the Galaxy cable. I’ve heard Kantorow live and it’s a close approximation, but a thicker-sounding Strad as rendered by the other super.fi 3 would have been more accurate – more a fault with the monitors than the cable!

A Recommended Upgrade, even if only a little… 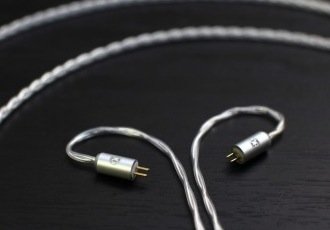 The low frequencies are more controlled and showed marked improvement, and reduced to an appropriate level to make way for the treble and higher frequencies to become more apparent, more upfront, and livelier.

Even with the Galaxy upgrade cable, the Ultimate Ears triple.fi 10 pro is still better suited with vocal tracks than with instrumental ones.

“The low frequencies are more controlled and showed marked improvement…”

The Galaxy cable is truly a worthwhile upgrade for the triple.fi 10, as listening to vocals now becomes a whole lot more…pleasurable. It’s nice to finally hear the singer coming closer to the front, without sacrificing bass but rather keeping it tighter and under control.

Definitely a recommended upgrade! However, I have to add that my initial expectations to finally convert these monitors to something full-blown and suitable for instrumental tracks was met with slight disappointment.

I am wondering though, how the even higher grade Galaxy Plus cable with 6 lines of silver-coated high-purity cable would fare. The only thing keeping me from that is the additional US$80 or so I would have to pay for it. If you’ve tried it, let me know in the comments section below. 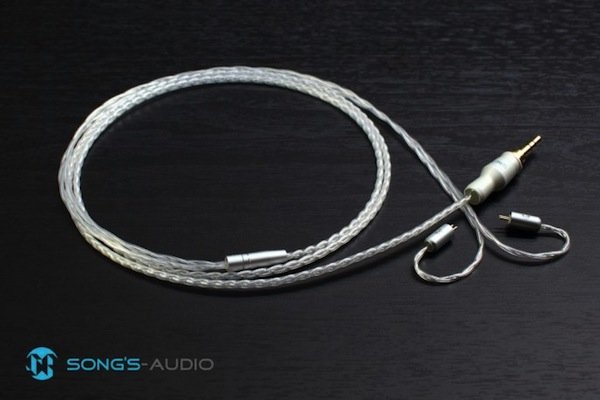 ALBUMS USED FOR AUDITION TESTS IN THIS ARTICLE