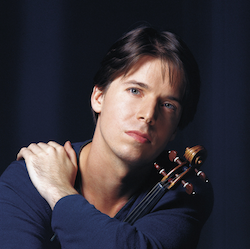 Joshua Bell (b. 9 December 1967), an American Grammy Award-winning violinist, was born in Indiana, USA. He won the award for the recording of the Nicolas Maw Violin Concerto, a piece dedicated to him by the composer, which he premiered in 1993.

Bell was later to appear with a number of other violinists including Itzhak Perlman, Isaac Stern and Arnold Steinhardt in the 1999 movie Music of the Heart starring Meryl Streep, Aidan Quinn and Angela Bassett. Bell became a popular choice for film music, where he performed the solo parts in John Corigliano’s soundtrack for the 1998 film The Red Violin starring Samuel L. Jackson, as well as a feature in 2004 British drama film Ladies in Lavender starring Judi Dench.

Bell had also worked with Hans Zimmer and recorded the solo violin tracks for the 2009 film Angels & Demons based on Dan Brown’s novel. 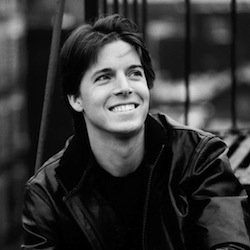 Bell began violin lessons at four after his mother saw him stretching rubber bands across drawer knobs and plucking music she was playing on the piano. He soon received a small violin and started lessons, and displayed a natural inclination for the instrument.

Bell’s first two teachers were Donna Bricht and Mimi Zweig, but it wasn’t until he was under the tutelage of the great pedagogue Josef Gingold that he began to get serious with the violin as a career move. 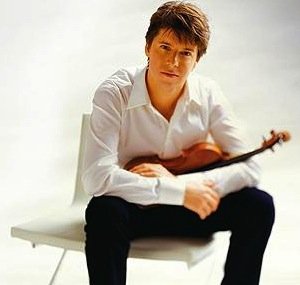 By the age of 14, Bell was already appearing as soloist with the Philadelphia Orchestra under the baton of Riccardo Muti, followed by his Carnegie Hall debut with the St, Louis Symphony in 1985 at age 17.

In 1989, he received an Artist Diploma in Violin Performance from Indiana University, and named an Indiana Living Legend and received the Indiana Governor’s Arts Award.

Bell was also awarded the prestigious Avery Fisher Prize in 2007, an award given to classical instrumentalists for outstanding achievement. Bell’s involvement and service to music is numerous, as follows:

Violinist Bronislaw Huberman’s Stradivari of 1713 was first stolen from his Vienna hotel room in 1916, but the violin was returned within hours after the thief tried to sell the famous violin off. The violin was then stolen again for the second time in 1936 when Huberman decided to perform his Carnegie recital with his Guarneri, and left the Stradivari in his dressing room. This time, the violin was never recovered, at least not for the next 52 years. Huberman died in 1947 never to have seen his beloved Strad again. Julian Altman, an amateur violinist, had stolen the violin from Huberman’s dressing room, smacked on a little shoe polish to disguise the violin, and played this violin at gigs for the next 48 years until he was sent to prison for molesting the grand-daughter of his second wife, Marcelle Hall. Altman was diagnosed with stomach cancer and died shortly after in 1985. Before he died, he indirectly revealed to Hall about the origins of the instrument he had played half his life. Hall sent the violin for authentication and came clean with the instrument, which was then owned by Lloyd’s of London after having paid Huberman $30,000 for his loss.

50 years later and the violin was valued at $1.1 million. Hall returned the violin to Lloyd’s in 1988 and was paid $263,000 as finder’s fee. J&A Beare Ltd spent 9 months removing the shoe polish and accumulated grime over the years, done very carefully to protect the original varnish from irreparable damage. The violin was then sold by Lloyd’s to English violinist Norbert Brainin for $1.2 million. In 2001, Brainin had wanted to sell the violin to a German as a museum article, but was bought over instead by Joshua Bell for nearly $4 million, paid in part by the $2 million he raised by selling off his “Tom Taylor” Stradivari of 1732.

Bell plays on the “Gibson” “ex-Huberman” Stradivari of 1713, a violin that had once been stolen from the violinist Bronislaw Huberman in his Vienna hotel room in 1916 but recovered hours later, and again during a concert on 28 February 1936, only to be recovered after 52 years in 1988. See inset at right for a brief account of the whole story.

Bell bought the violin from the violinist Norbert Brainin in 2001 for almost $4 million, paid in part by $2 million from the sale of his “Tom Taylor” Stradivari of 1732.

Recently, there was a viral posting of the YouTube video (see video below) of what was known as the Washington Post Experiment, where Joshua Bell had agreed to participate in an experiment to observe the perception and response of the general public towards good music, whether by a busker or a by critically-acclaimed violinist, and essentially whether beauty can be appreciated in a commonplace environment at an inappropriate hour.

Bell wore a baseball cap and dressed as busker, and played a series of violin solo pieces at the Metro subway station in Washington DC on 12 January 2007.

In that 45-minute performance, out of 1,097 people who walked by, only seven stopped to listen to him. Only one person recognised him, giving him $20, which was the largest tip out of a total collection of $32.17 from 32 passers-by. This was a stark difference compared to the sold-out concert he gave just 2 days earlier in Boston with seats averaging at $100.

The experiment was initiated by The Washington Post columnist Gene Weingarten in 2007, who won the 2008 Pulitzer Prize for the article on this experiment.

Watch Bell in performance in the following videos I have shortlisted – Variations on a Theme of Yankee Doodle, and Tchaikovsky’s Melodie.

One of the first concerts I attended during my student days in the UK was of Joshua Bell performing the Sibelius Violin Concerto at the Leeds Town Hall on 26 October 1996, with Ulf Schirmer conducting the Danish National Radio Symphony Orchestra.

It was a memorable performance, as during the second cadenza of the first movement, he accidentally knocked the scroll of his violin against the conductor’s podium. He of course stopped, muttered a quick sorry, before going on and finishing the concert with immaculate intonation.

Going backstage as always, I was greeted by an exhausted but nonetheless cheery Joshua Bell, and had a brief conversation with his dad. Mum seemed to be beaming with pride over his gifted son’s performance.

Bell and I discussed about the instruments he used, specifically the Stradivari violin and Tourte bow. “Nothing but the best…”, he told me when he noticed my amazement.

RECOMMENDED BOOKS FOR READING and OTHER MATERIALS