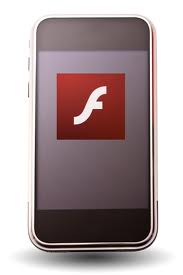 For many years, iPhone users were dismayed that Flash content was not something which was accessible to them on their iOS devices. It is unfortunate as this made the numerous Flash content available online NOT available to iPhone users, which Apple (probably) had a good reason for.

Skyfire Labs released Skyfire Web Browser for iOS in November 2010 that changes all that, somewhat. Briefly, this app converts a media in Flash format to HTML5, done server-side, which is then streamed to this browser on the iOS device. It is more a workaround than a complete hack. At least, it gets Apple’s approval. And we know for a fact that cannot be easy – not with Steve still at the helm.

“It may be possible to run flash on iPhone and other Apple iOS devices after all, though not natively.”

On the first day of launch, server demand skyrocketed such that the app had to be pulled out by Skyfire Labs to maintain server sanity. The server bandwidth and capacity was eventually souped up, and the app has since found its way back to the App Store.

If you find Flash content hard to live without, then by all means, get this from the App Store for USD2.99! However, some people have reported that the app runs a little too slow on the iPhone and iPad…so Steve may just be right after all.

It may be possible to run flash on iPhone and other iOS devices after all, though not natively.